I HAVE BEEN TRAINING AIKIDO AROUND THE WORLD FOR 20 YEARS AND THIS DOJO SURPASSED ALL MY EXPECTATIONS. IF YOU ARE LOOKING FOR TOP QUALITY ENVIRONMENT WITH WORLD CLASS TUITION THIS IS THE PLACE TO GO TO IN LONDON.  Ivan Melo

Ismail Hasan Sensei began his Aikido training in 1977 in London, England. After attaining 2nd Dan in Aikido and 1st Dan in Iaido  he made preparations to pursue his training in the USA.  In 1985 he moved to San Diego, California to train as a full time student with TK Chiba Sensei 8th Dan, head teacher of the San Diego Aikikai and a direct student of  Morihei Ueshiba, the founder of Aikido.

In 1988 he became Chief Instructor of Southwestern Aikikai and responsible for the dojos in Albuquerque and Santa Fe, New Mexico. He resumed training with TK Chiba Sensei as an Uchi Deshi or “live in student” in 1990, until his return to London in 1993.  He also trained in Muso Shinden Ryu Iaido under the supervision of the late Takeshi Mitsuzuka Shihan who was the last Uchi Deshi of Nakayama Hakudo , one of the greatest Iaido (Traditional Japanese Sword Art) teachers of his era.

On his return to England he took the position as senior instructor at The London Aikikai (established by TK Chiba in 1968). Ismail Hasan Sensei eventually established his own Dojo, Aikido of London in 1994. In the following years the dojo has grown in membership and in quality allowing the development of a substantial body of senior students. Hasan Sensei has attracted an international crowd of beginners and seniors alike who are keen to further their understanding in Aikido and Iaido. Hasan Senseis own experience is extensive and gained while training in the US, UK and beyond.  The direct line of transmission of Aikido from his experience as Uchi Deshi and his own understanding in training over several decades gives him a unique perspective as a teacher.

Hasan Sensei is available for private tuition. Contact by email for further information.

No one wants to move

I like karate and other similar martial arts. Generally speaking there is a clarity in them. A no nonsense way of training that is something that Aikido these days seems to lack. When people are training, sparring in particular, they move and move appropriately to their system of training. The reasons are practical and not dressed in pseudo philosophical explanations or justifications. If you don’t move, you get hit, its as simple as that.

An excerpt from Upside Inside by Ismail Hasan

“A long time student of Chiba Sensei , Hasan Sensei is a dedicated and quality Aikido instructor, one of the best !“

Aikido is an incredible martial art that has given me immense enjoyment over the many years I have trained and taught.  Like all martial arts from Japan, it is technical and demanding, requiring skill and character. It is above all a creative experience going beyond technique and has the capacity to bring out what’s best in people. 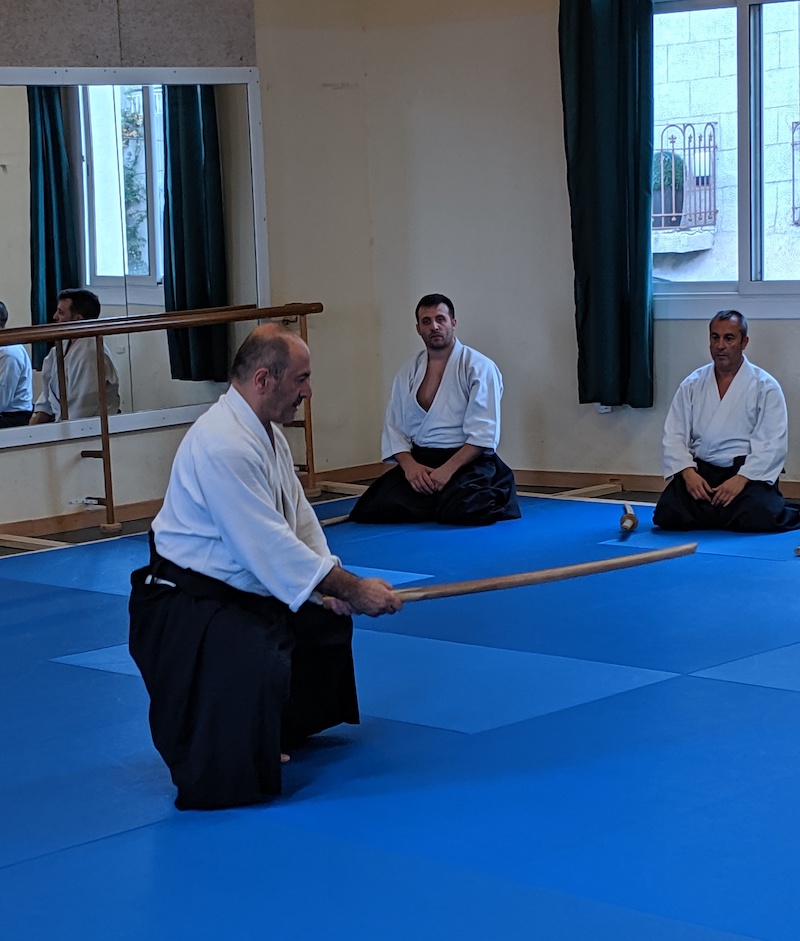 Manage Cookie Consent
To provide the best experiences, we use technologies like cookies to store and/or access device information. Consenting to these technologies will allow us to process data such as browsing behaviour or unique IDs on this site. Not consenting or withdrawing consent, may adversely affect certain features and functions.
Manage options Manage third parties Manage vendors Read more about these purposes
View preferences
{title} {title} {title}
X